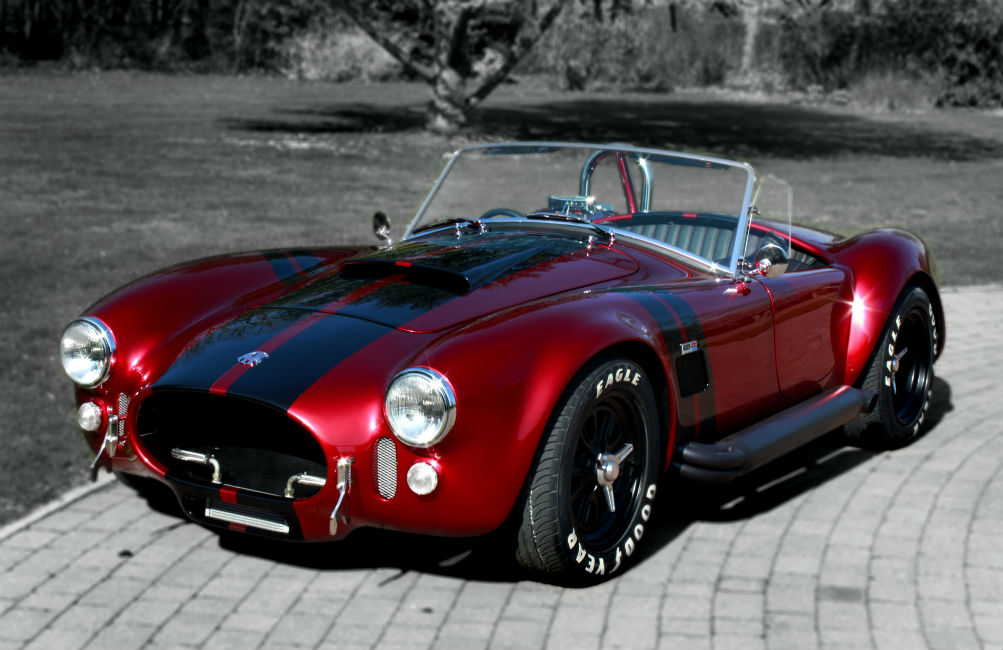 Based in Peterborough Cambridgeshire, AK was established in 1990 by two Cobra enthusiasts Ken Freeman (The glass fibre specialist) and Alan Frew (The fabrication specialist). AK took a low profile approach to the Cobra replica market but quickly gained a reputation for it’s sound engineering, excellent quality, keen pricing and high levels of customer service. As the company grew Ken was joined by his two son’s Jon and Daniel and daughter in-law Wendi and more recently his grand daughters Danni and Molly too. We are all passionate about the AK 427 and keen to keep it a small friendly business even as it has now grown into one of the biggest producers in the UK, a friendly welcome will always be had when you visit the factory.

AK offer 3 chassis options to sit on the same body they produce. The “standard chassis” based on the Jaguar XJ6/ XJS. The” Generation II chassis” a lighter chassis based on the later Jaguar XJ40 which was designed by Ken and Jon in 2007 fearing the XJ6 and XJS Jaguar donor cars were becoming limited and lastly the” Generation III Supa lite chassis” which was born in 2015 following Jon’s love of track days in the AK 427. This chassis is lighter again than the Gen II and using a tubular element in the design has stiffened the chassis offering superb handling