Overall, and as has been the case for the past few years, the Club has recorded a  balanced year financially. This year it has resulted in a small profit being recorded in the 2019 annual accounts.

As a Club we have three main income streams. Of course, membership subscriptions, provide the bulk of our income and there was a slight increase this year compared to 2018. As membership subscription rates remain the same as previous years this increase has resulted directly from an increase in membership numbers.
Income from advertising was slightly down from 2018. We have a stable number of  SnakeTorque magazines and the calendar issue accounted in the years figures. We have had  a small change in advertising placements this year. However, the main cause of the reduced income for this year is due to the way bulk purchase of forward advertising by some of our regular advertisers falls relative to accounting periods. We do not allocate such income to magazine issue dates but as a single figure in the year the income is received; this all balances out in the long term.
Merchandising income for 2019 was up slightly compared to 2018. The majority of sales items are manufactured on placement of order and is mostly sold at ‘cost’, there is therefore  little effect from this increase in the final profit/loss figure.

As usual, the Clubs major spend, lies with printing and distribution of SnakeTorque magazine. In 2019, as is now the norm, we printed and paid for 4 issues. Print and distribution costs per issue are not significantly different to 2018.
The annual A4 calendar issue to all members was again well received. The larger, limited run A3 calendar offering remains self-funding – the additional cost of its production run being covered by those that chose to purchase it.
Computing costs have increased slightly as we now ‘self publish’ the magazine with associated software costs.
We also purchased some merchandise stock for display at events which shows as an increase compared to 2018.
In terms of other administrative expenses – accounting fees, insurance, event costs etc – these all remain mostly fixed and the same rates as previous years.
While, of course, the Club is not about profit and loss, it does need to be financially stable. With total income at £18053 and expenses at £14629 we recorded a ‘profit’ of £3424 for 2019. This compares to £3003 for 2018. This profit is of course retained in the Company nett balance of £30113 at 2019 year end.
We are well placed to support our normal activities during 2020 – though those have of course been severely affected by the current COVID situation. We have the flexibility to contain any unexpected expenditure should the need arise. 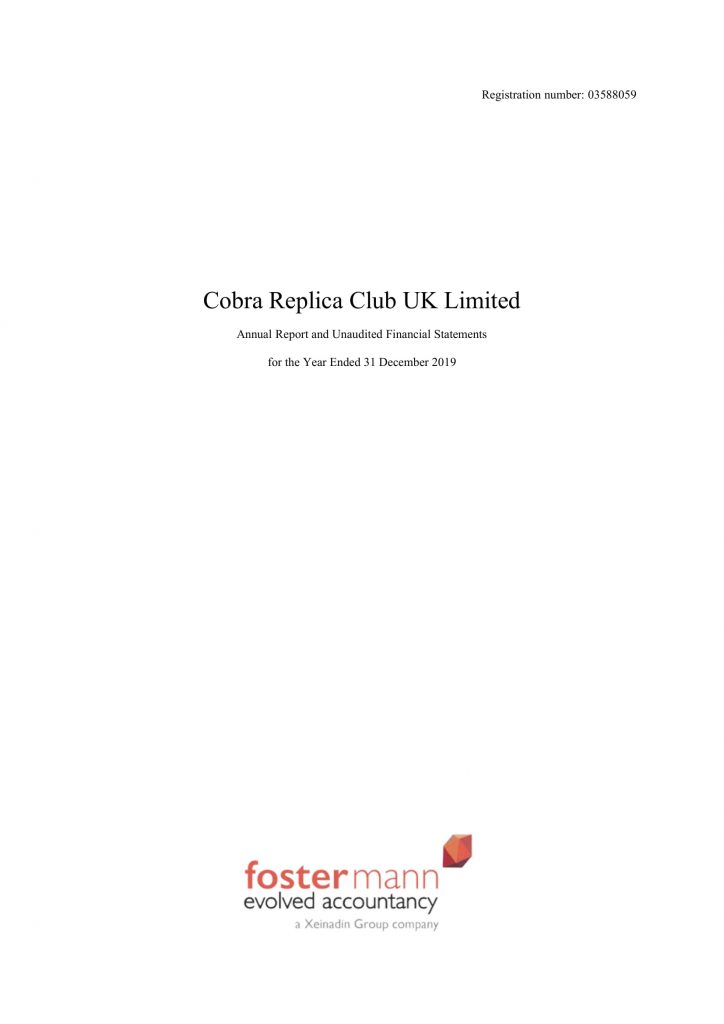 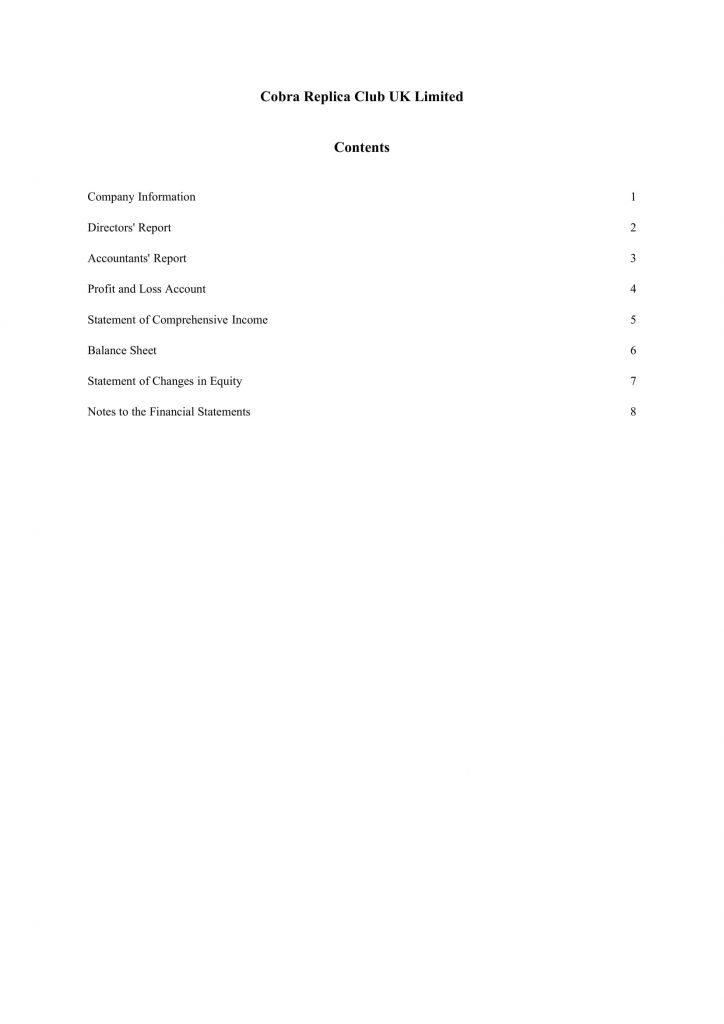 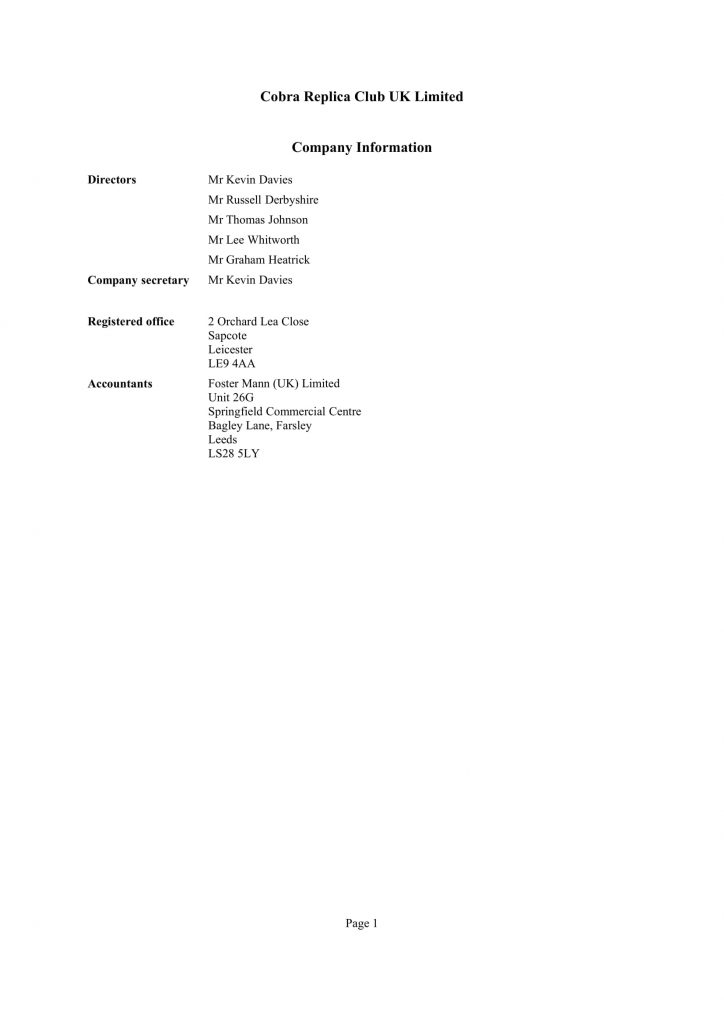 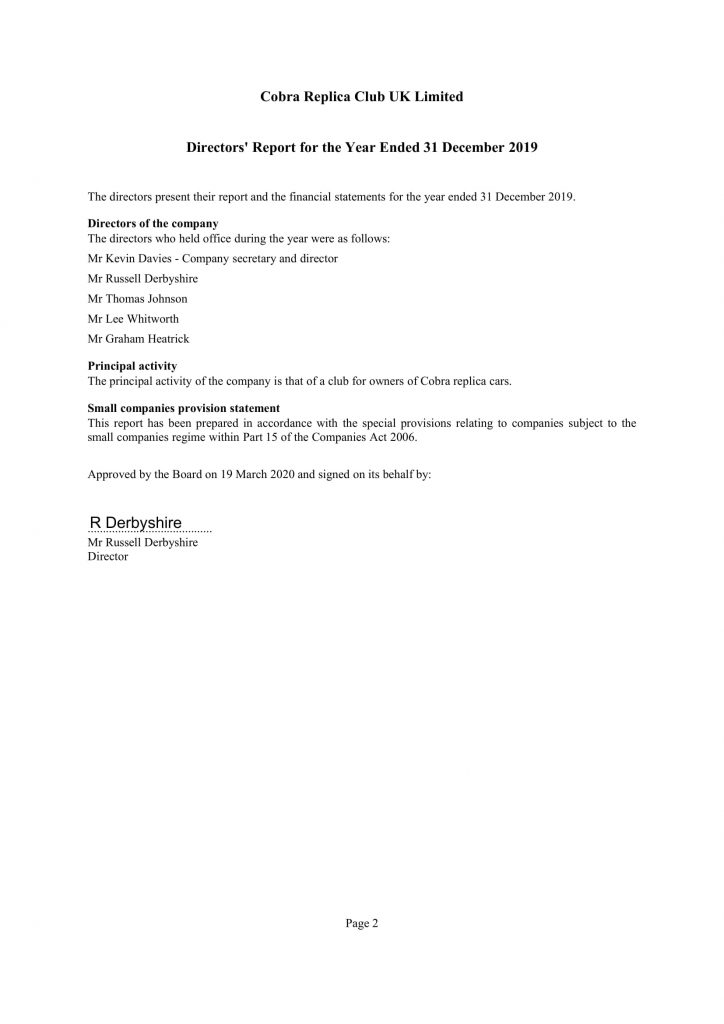 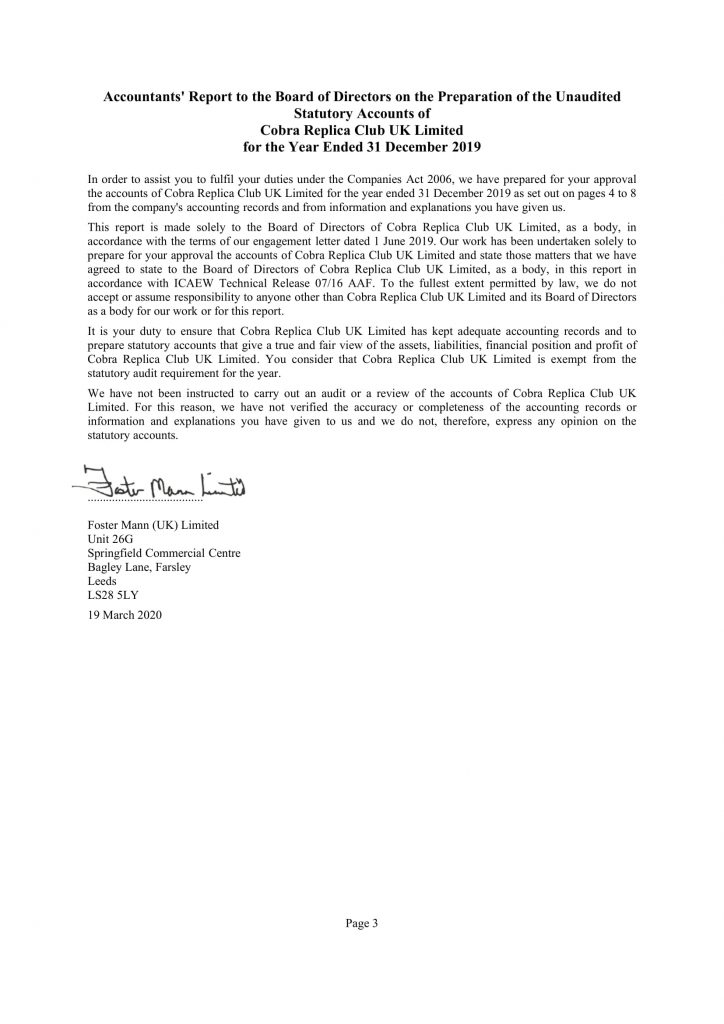 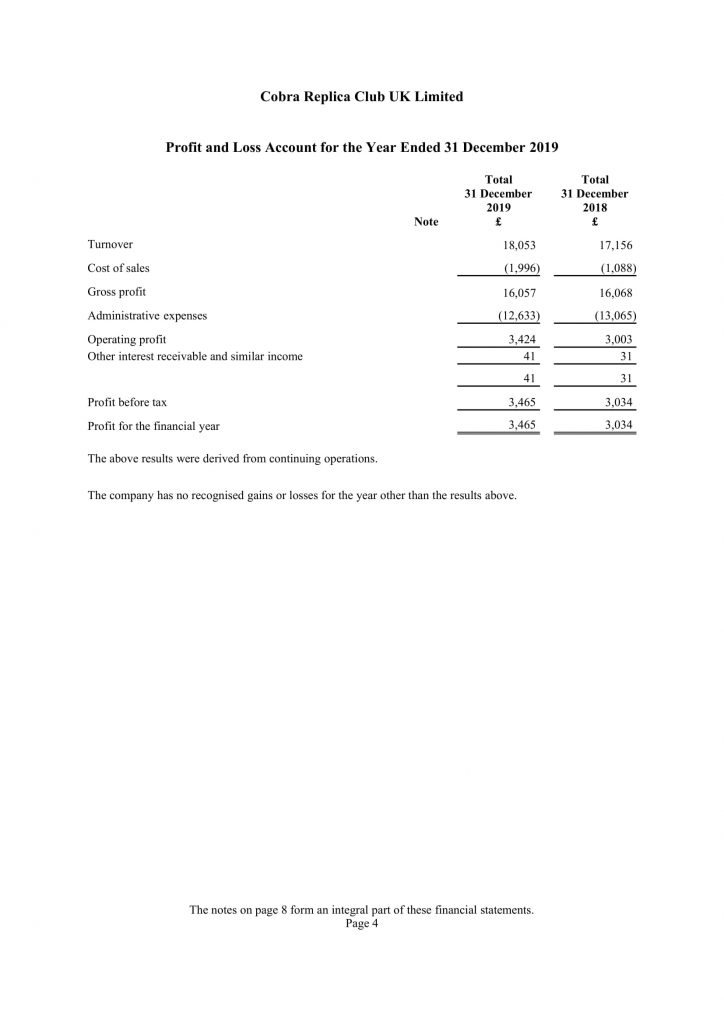 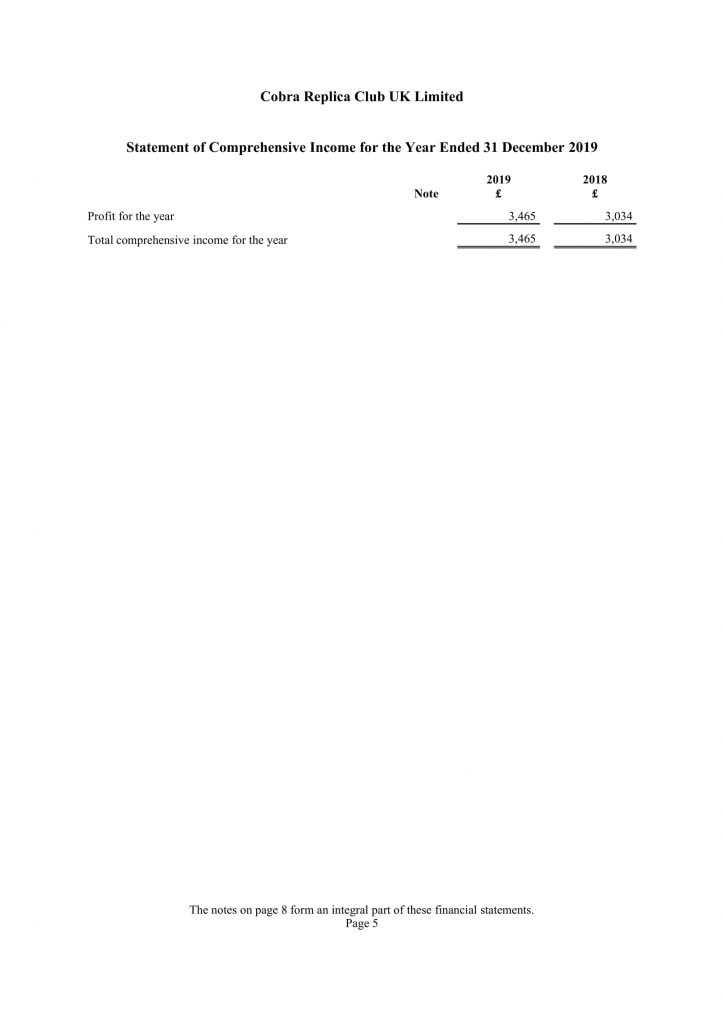 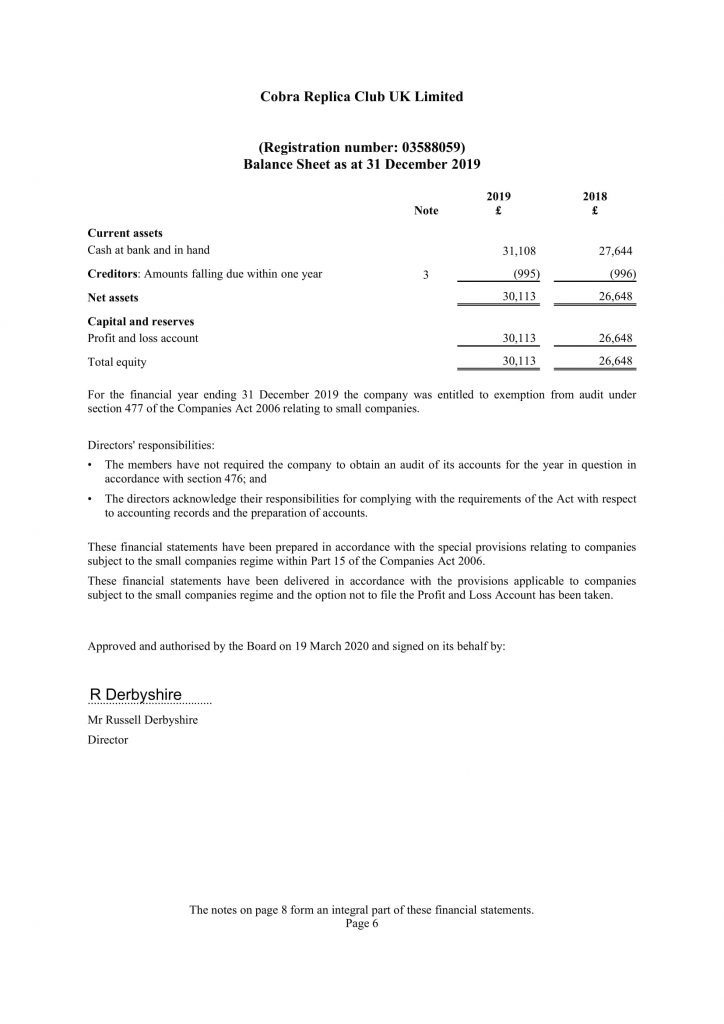 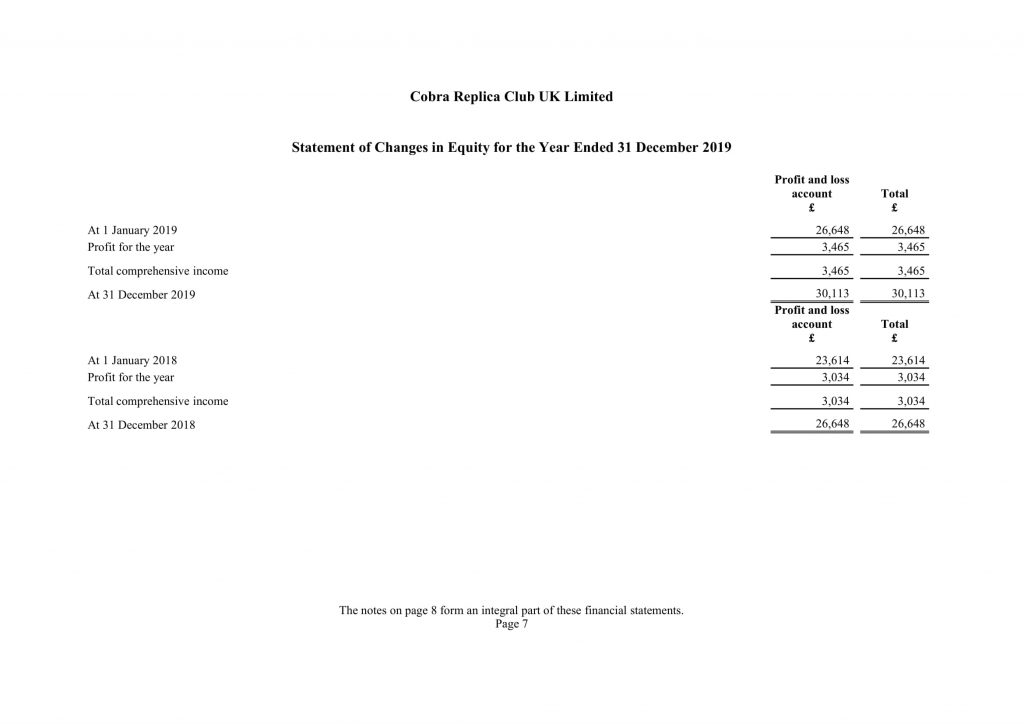 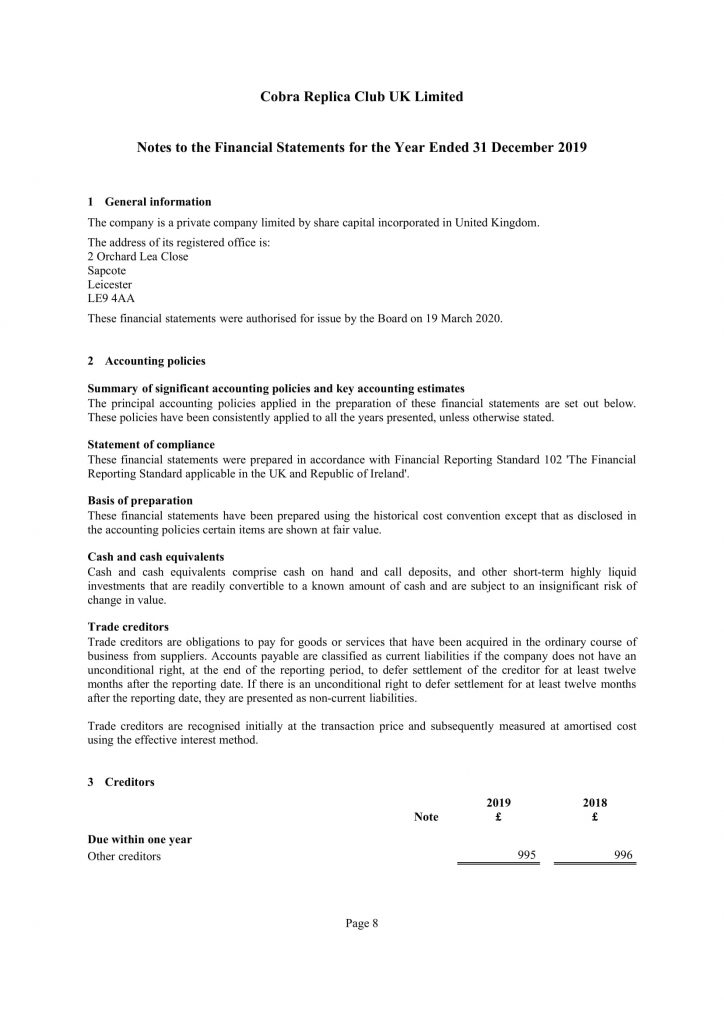 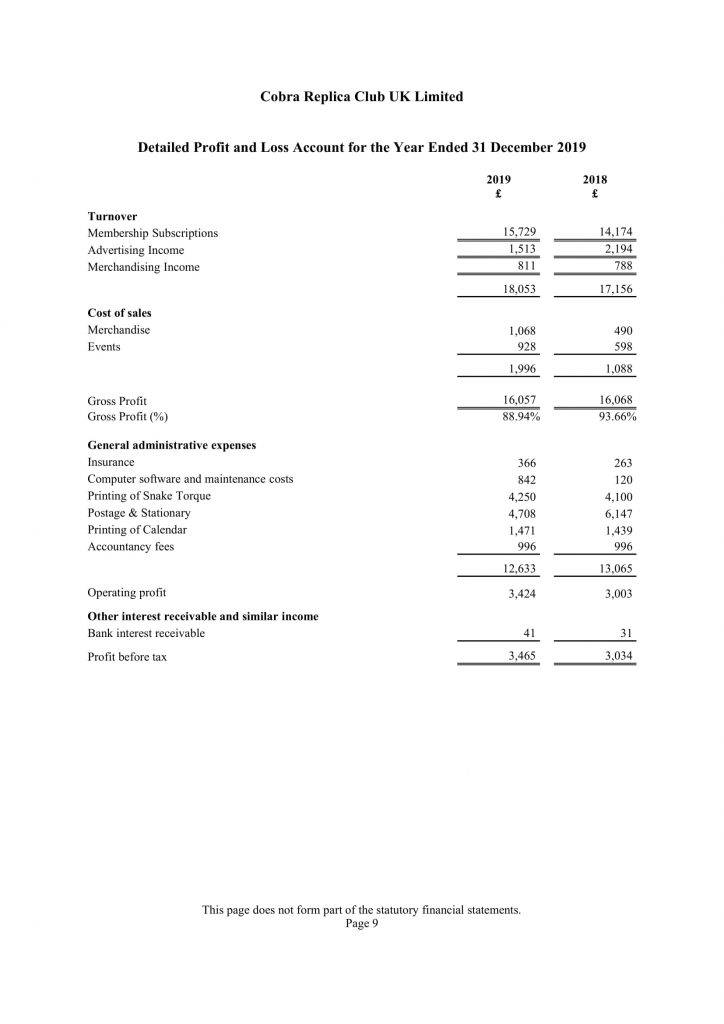